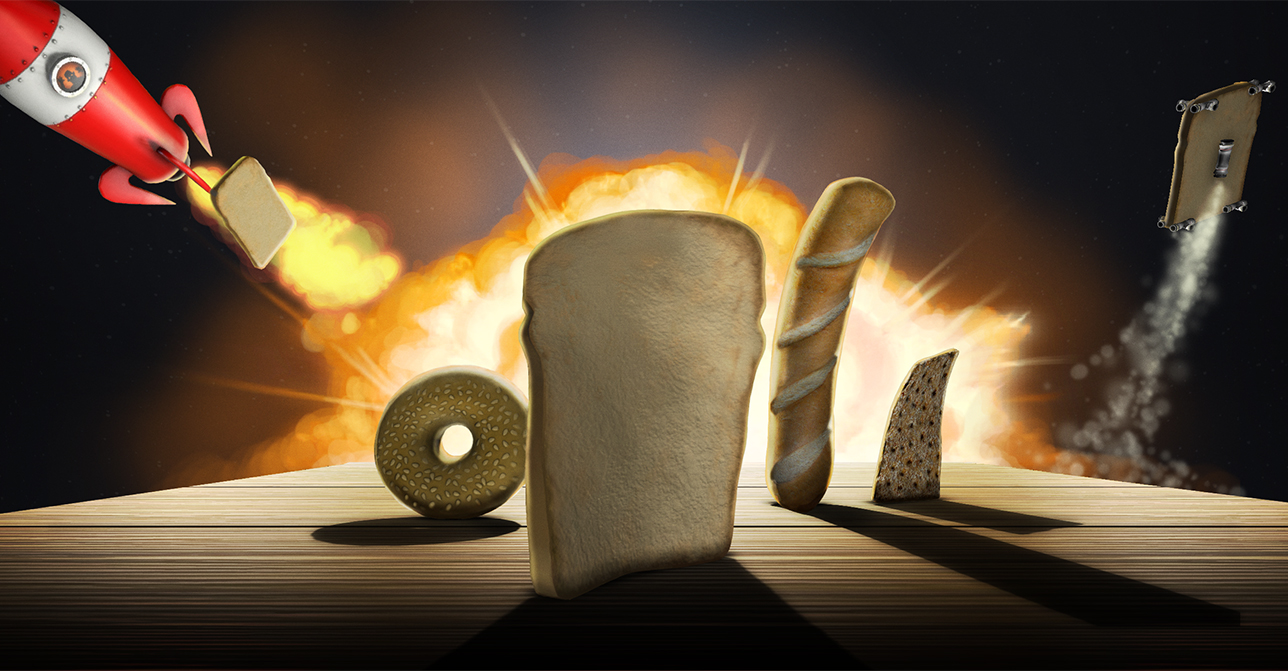 Amongst all the amazing deals on Steam’s Summer Sale, I decided to grab Bossa Studio’s comedic game, I Am Bread.  Known to be one of the most peculiar games to have been released, I Am Bread turns the player into a slice of bread on journey to become toasted to perfection.

The scenarios of I Am Bread are presented through therapist’s psychological reports of a patient (read before the level) whose life has become miserable only to be topped off with the destruction of his home by a single slice of bread.  Regarding the mechanics of the game, think of QWOP (the infamously difficult, player-coordinated running game) along with the physics of the game more grounded to reality.  With the abilities to inch forward, stick to objects, flip itself to traverse, the game takes a simple, goal-oriented approach with the difficulty relying on the journey to the goal, a heat source where one can be toasted.

It is clear from your first moments as bread that Bossa studios just wanted you to have a ridiculous and fun time. They totally succeeded as well; the experience is hilarious, and the concept and absurd physics coalesce to make every moment beautifully bizarre. On top of that, the addition of an interesting story makes the whole experience feel purposeful and rewarding. Bossa Studios have made the game that no one would have thought of, but that everybody should play.